I say, “new” because I originally started this blog, with a lot of ambition, over 8 years ago. At that time I wrote several posts as SAR dogs from around the world converged on Haiti in the wake of a catastrophic earthquake – and then some unexpected things happened in my personal life. I ceased to write any new blog posts, I moved on to other priorities in my life and that original Hearth Dog Blog lay fallow until now.

The seed for the original Hearth Dog Blog originated from an article I had read regarding a very compelling hypothesis regarding human evolution presented by anthropologist Dr. Pat Shipman of Penn State University.

Theories of early hominid development have long embraced developments like erect posture, bi-bipedal locomotion, larger brains and other advantages as being key factors in human evolution. Dr. Shipman’s broad theory contributed to that list of critical advantages in human development in positing that it was the unique connection of humans and animals that also provided humankind with significant evolutionary advantages and that the domestication of animals drove real evolutionary advancement for our early ancestors.

I found that theory incredibly interesting – but what really caught my attention, being the devoted dog person I am, was her suggestion that the first important animal domesticated by humans was the wolf for the purpose of “[offering] immense renewable resources for tasks such as tracking game, destroying rodents, protecting kin and goods . . “1 and that this ancient partnership between humans and canids mutually propelled their evolution into the modern species they are today. I interpreted that in my own mind as, “humans directly shaped the evolution of dogs and in turn, dogs directly shaped the evolution of humans – we wouldn’t be who we are without each other”, which to me personally, is an enormously satisfying thought. 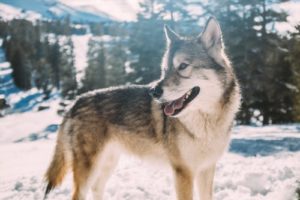 To consider that our ancient relationship with wolves and/or proto-dogs is at the root of those innovations that helped to make us into modern humans, such as strategic hunting and foraging, the development of tools and technology, and the development of symbolic language and behavior, feels right and congruent with my personal experience.

I’ve never had a day in my life that I haven’t lived with a dog (or two, or three) so the idea that the lives of dogs are intricately intertwined with the lives of humans wasn’t novel – but to consider that the connection between those early hominids and the wolves and proto-dogs they domesticated over millions of years served the purpose of driving mutual evolutionary advancement for both species was like putting into words something that I felt I had always known to be true.

As I said, I have lived all my life with dogs and I was a Search and Rescue dog handler for nearly 2 decades. I literally have no context for imagining my life without dogs as my companions and as my working partners. In the totality of all the many hours, weeks, months and years that I and my other SAR dog team members trained and worked together with our dogs it was always obvious to me how that constant partnership between humans and dogs made both partners better and more capable than they would have been without the other.

A couple of years ago both I and my last SAR Dog, Mara, retired from our Search and Rescue careers. While it was a hard decision to make I knew it was the right decision for both of us- and I began to think again about picking up this blog where I left off back in 2010. 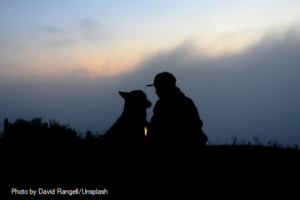 For me, Dr. Shipman’s theory seems just a compelling today as it did eight years ago – and as good a topic as any to relaunch a blog that I originally envisioned as “Thoughts on the enduring bond between dogs and humans”.

In just the writing of this post alone I see many areas to explore in the future. Exploring the history of people and dogs as companions and partners, the training and partnerships of working dogs and their handlers and the spiritual aspects of dogs in the lives of humans are just a few of the places I’d like the Hearth Dog Blog to go. 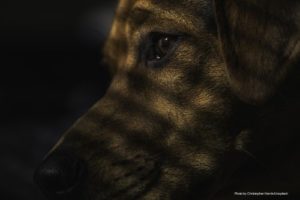 There are so many more – because when dogs and humans bond the possibilities are endless – and that is what I hope this blog will be all about – exploring that expansive and amazing bond between people and dogs.

I hope you will go on this journey with me.

Come back soon and see what is new at The Hearth Dog Blog, won’t you?

References
1 From the press release about Shipman’s work on Penn State’s website: New Hypothesis for Human Evolution and Human Nature.